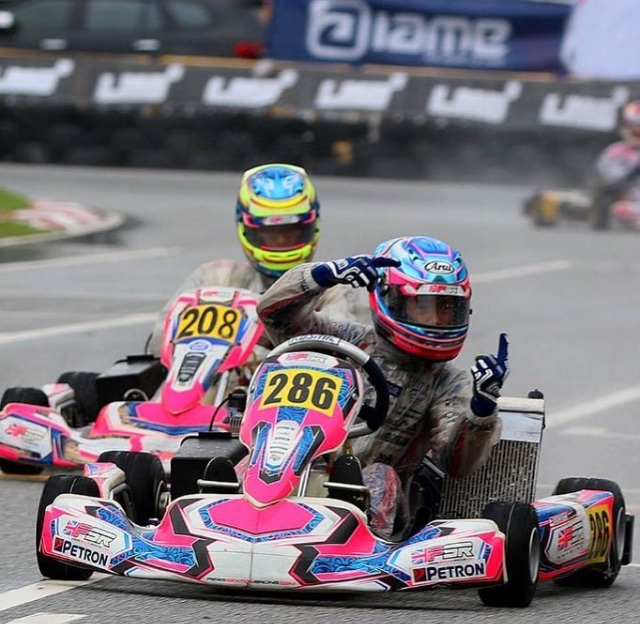 After not racing In the South East Asia championship all year Eduardo made a return to the series for last round in Thailand.

It had been dry for the pre final which was then followed by a mad rain storm which fell dramatically in preparation for the final. Battling through the conditions Eduardo managed to win the race just ahead of his team mate, Dick Yu over the line claiming a one two finish for PSR Motorsport Academy.