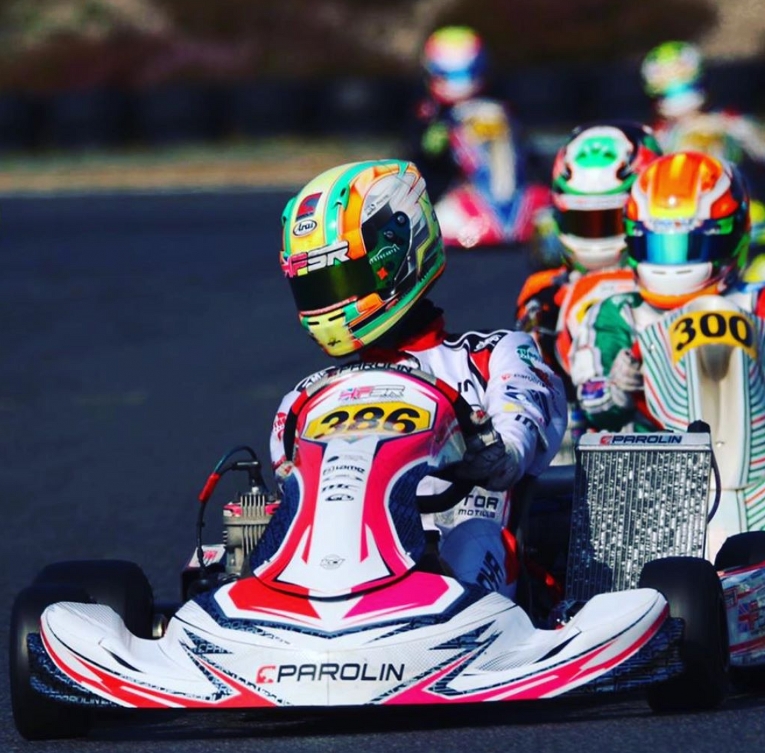 It was a positive start to the weekend with Ruben Moya qualifying p2 in his group and p6 overall in timed trials out of 60 drivers.

The young Spanish driver found the qualifying heats difficult and could only line up p12 for the pre final grid.

With mixed conditions in the first final and catching out some of the main championship protagonists Moya found himself well In the top 10 until and incident with another driver shuffling him down the order eventually coming home in 18th.

The Valencia kart track supported driver was determined to show people his speed in the final race of the year. He went on to overtake 12 karts in the final, coming home a fantastic 6th position against the worlds best kart racers . A great end result for the driver and team in his first senior season.